People sometimes discuss events relating to the annexation of Hawai`i by the United States without considering the historical context of those events in relation to American history – as if the United States existed long before the Kingdom of Hawai`i.

King Kamehameha I, the unifying monarch of the Hawaiian Islands, was a political contemporary of George Washington, the first president of the United States.  These great warriors became rulers one year apart.  George Washington was born in 1732 in Virginia. Kamehameha was born on the Island of Hawai`i — his birth date is reported by various sources in various years, around 1750.

On January 20, 1778, British Captain James Cook made land at Waimea on the Island of Kauai. The original thirteen American colonies were then fighting under Gen. Washington for independence from Great Britain (at that time Washington had made camp at Valley Forge.)

In 1787, the U.S. Constitution was adopted at a convention of the States.

Washington became the first President of the original thirteen colonies that comprised the United States in 1789.

Kamehameha became King of the Island of Hawai`i in 1790.

In 1810, Kamehameha became the first King to rule all the Hawaiian islands.  At that time the 17 United States consisted of the original 13 colony-states plus Vermont, Kentucky, Tennessee and Ohio.

In 1820, the first American missionaries arrived in Hawai`i to spread Christianity.

In 1823, the Monroe Doctrine was expressed during President Monroe’s seventh annual message to Congress “… the American continents, by the free and independent condition which they have assumed and maintain, are henceforth not to be considered as subjects for future colonization by any European powers. . . ”

From 1826 until 1893, the United States “recognized the independence of the Kingdom of Hawaii, extended full and complete diplomatic recognition to the Hawaiian Government, and entered into treaties and conventions with the Hawaiian monarchs to govern commerce and navigation.” (US Public Law 103-150.)

The mid-19th Century was a dynamic time in American history, due to the Civil War and its impacts, as well as a time of change in Hawai`i.

In two generations from the establishment of a written language, Hawai`i had the highest literacy rate of any country in the world.

In 1840 the first Constitution was enacted by Kauikeauoli, Kamehameha III.

In 1848, Kamehameha III proclaimed the Great Mahele, changing the concept of land  tenure in Hawai`i.

The 30th American State, Wisconsin, was admitted to the Union in 1848.

In 1854 Kauikeaouli died; he was succeeded by Alexander Liholiho, Kamehameha IV.

In 1861 the Constitution of the Confederate States was promulgated.

In 1864 a new Constitution was decreed by Kamehameha V.

The 37th American State, Nebraska, was admitted to the Union in 1867. 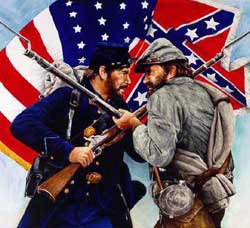 After the Civil War, America again turned its attention westward, annexing most of the Great Plains and Rocky Mountain states.

By the late 19th Century, American was establishing its post-Civil War presence in the world, ending the period of reconstruction of its previous domestic union.

Within one hundred years from the time of first contact with Western explorers in 1778, the population of Kanaka Maoli was reduced to less than 40,000.

King Kalakaua was forced to sign the “Bayonet Constitution” in 1887, sharply limiting his powers and diminishing Native Hawaiians’ voice in government.

The 39th American state, North Dakota, was admitted to the Union in 1889.

In 1893, U.S. annexationists overthrew Queen Lili`uokalani (a coup that U.S. President Grover Cleveland called “not merely wrong, but a disgrace.”)

Five states were admitted to the Union in the twentieth century: Oklahoma in, 1907; New Mexico and Arizona in 1912; and finally Alaska and Hawai`i in 1959.